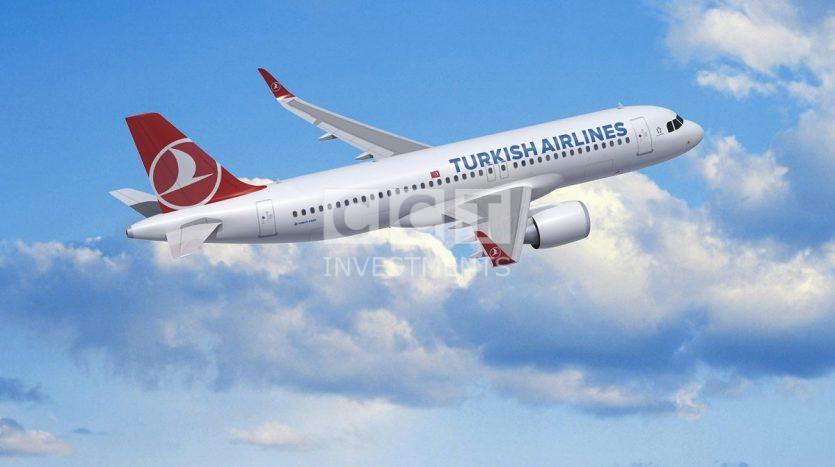 Established in 1933 with a fleet of only five airplanes, Turkish Airlines is today a four star airline with a fleet of 222 aircraft (passenger and cargo) flying to 233 cities around the world, comprised of 38 domestic and 195 international destinations. One of the fastest growing airline companies.

Turkish Airlines is the national airline of Turkey, headquartered at the Turkish Airlines General Management Building on the grounds of Ataturk Airport in Yesilkoy, Istanbul. As of February 2015, it operates scheduled services to 261 destinations in the world, making it the fourt largest carrier in the world by number of destinations.  As it is the main base, the Turkish carrier has secondary hubs at Esenboga International airport, Adnan Menderes Airport and Sabiha Gokcen airport as well.

In order to keep alive its brand equity, which provides a serious advantage in terms of competition, Turkish Airlines invests in its quality of service, in-flight entertainment systems, comfortable seats, gourmet cuisine and its employees. Turkish Airlines is always on the forefront of the latest technological advances and innovations in the aviation industry and boasts one of the youngest fleets. As the airline expands its routes and number of aircraft, continuous training of its employees is of the utmost importance in insuring the safety of its passengers. Turkish Airlines regards flight safety and service quality as two of the most indispensable necessities. Turkish Airlines currently holds a four-star ranking and consistently strives to secure a five-star ranking. Turkish Airlines understands the responsibility of being a pioneer within the industry, and is determined to carry out its mission moving forward. Furthermore it maintains its goal of becoming a regional leader and a prominent global airline, preferred for its unparalleled service, superior quality, trustworthiness and reliability. In addition to Europe, Turkish Airlines is also strategically expanding its network into Russia, Central Asia, Far East Asia, the Middle East, Africa and North and South America. As one of the fastest growing airlines in the world, Turkish Airlines holds a strategic position between the East and West.

Turkish Airlines won the Skytrax awards for Europe’s Best Airline, Southern Europe’s Best Airline, and the World’s Best Premium Economy Class Airline Seat for three consecutive years in 2011, 2012 and 2013. It retained its status as the top European airline in 2014 and 2015.  Additionally, Turkish Airlines was selected the Airline of the Year by Air Transport News at the 2013 Air Transport News Awards Ceremony.

With over 200 flying chefs, Turkish Airlines offer you a fine dining experience that will change the way you think of in-flight catering. Their delectable menus are created by master chefs to accommodate a variety of palates. Warm beverages and succulent desserts sweeten the flying experience for all their passengers.

Tourism and Economy in Turkey
Foreigners Working in Turkey

Register here! Forgot Password? Back to Login Return to Login