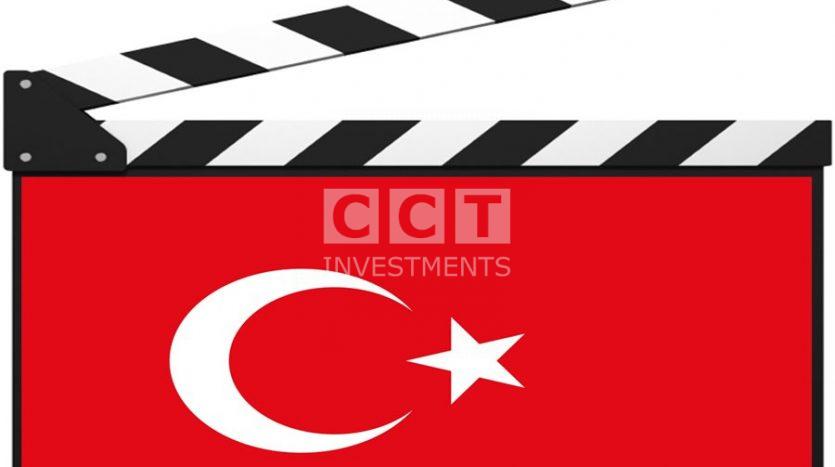 The Turkish cinema began in 1915 by filming the first documentary film that tells the story of the destruction of the Russian monument Ayastefanos, which is the first Turkish experience in the world of cinema.

That period called dramatists period depending on the nature of the films that have been produced and the concept of creativity among producers. This period, which was ruled by a generation of playwrights under Mohsen Ertugrul leadership, was a prominent type where adaptations of literary and historical drama was apparent.

Two films were distinguished in this period, the first converted from the novel “Fire Shirt” for “Khaleda Adib ” which reflects the heat the independence war in Turkey. This film can be regarded as the first major production in the Turkish cinema in terms of plot, dramatic and successful heroism, in addition to that this is first film that Turkish actresses played in. The second film is the film A Nation Is Awaking,” which was a pioneer of the movies the war of independence, which came after. It is a masterpiece FOR Mohsen Orturul works.

This period was marked by positive aspects to the continuity of the movie business, despite the lack of resources and it contained almost all types of movies. It is worth mentioning that the Turkish women’s entry into the world of cinema was achieved during this period.

This period also saw the issuance of scenarios and movies control law 1939 as the first legal intervention in the cinema by the state. In other words, the Turkish cinema was controlled by the government for the first time ever.

The majority of prominent filmmakers in this period were educated outside the country, and found an opportunity to work in the field of cinema or in areas close to it (such as audio engineering or photography). Some of these names: Faruk Kenc and Orhun Murat.

In 1948, an important development impacted Turkish cinema and its future. Where taxes have been reduced for some recreational areas, including the cinema. With this economic adjustment, the number of production companies significantly increased. There is no doubt that this was not only economic development in the field of cinema, but it reflected positively on the country’s economy and its effect that increased the standard of living for the citizens who went to recreational areas more than ever. The cinema, as an area of entertainment received its share of these developments to become an important part of culture in everyday life.

With these quality jumps in the field of cinema, filmmakers period have seen new concepts and techniques in the cinema. In addition, the well-being of the people that lived with the advent of the Democratic Party to power and the increasing foreign aid, contributed to attract the audience to the cinema.

One of the most prominent filmmakers in this period is Omer Lutfi Akad. Akad’s impact was not only on the period in which they dealt with, but the impact was also on all periods that came after him. It is no exaggeration to say that Akad was the first to lay the foundation stone in the formation of the language of cinema. A number of prominent directors has worked in this period with Akad in the production of a number of films like: Metin Erksan, and Atif Yilmaz, and Osman Sinav, and Memduh Un.

This period extends from the sixties to the middle of the eighties of the last century, a period which is most productive for movies, and it witnessed heated debates. Where film production increased significantly (about 300 film in 1971 alone), and was a period in which political debate reflected the reality of the film and different trends appeared in cinema. Cinematographers interfered in political debates through their production of movies. New political film trends appeared such as revolution cinema, national cinema and folk cinema.

Cinematic prominent figure in this period was “Yilmaz Guney”. The galleries were filled when viewing movies for him which was called “Ugly King” as he contributed to breaking the concept that the movie star should be handsome. Guney who combined political identity and cinematic identity, is the first person in the history of Turkey gets the Palme d’Or prize. This period was the beginning of the participation of Turkish films in international festivals. It was the first Turkish film to receive a Golden Bear award from the Berlin Film Festival Awards for the film “Dry Summer.”

With the increased political violence in the seventies, families began to move away from the cinema halls, and after that the Turkish cinema produced 300 films a year, annual production in 1991 reached only 30 films.

Production and distribution of Turkish cinema started to retreat more and more in the early nineties with the entry of US distribution companies to the market. But this time, TV channels took the role for the revival of cinema. New faces and names entered the cinema world, thanks to a series of consecutive movies. Turkish cinema rebounded and got up from this set back with some independent directors who excelled in different acts such as Nuri Bilge Ceylan, Dervis Zaim and and Zeki Demirkubuz

In the nineties, the public went to the Turkish film again after the success obtained by the movie “bandit”, directed by Yavuz Turgul who entered the world of cinema producing comedies. In the years of the new millennium, a new Turkish cinema experienced a renaissance with institutional support from the state.