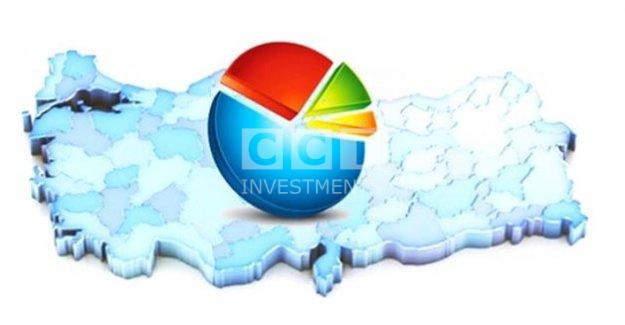 The biggest winner of these November 2015 elections is Turkey as a country and its citizens. There is no doubt that the government would be now stronger, and can move forward both internally and externally. Internally it is expected that this clearance in the situation would lead to a more economic and political stability, paving the way for easing the social polarization, and dealing with the security challenges faster and much more effectively.

The Turkish people have spoken again, the results were impressive and contrary to any expectations. The Turkish voter have given a very valuable lesson to AKP (Justice and Development Party) in the last elections, pushing them to correct their previous mistakes, only to come back having the majority support in the consolidation of the past which they first achieved back in 2002 elections to form the Turkish government individually.

The AKP campaign was the more efficient in the last couple of months, and Ahmet Davutoglu calm politics, in which he lead the AKP to reach these elections, has played a big role in increasing the number of their supporters, and the subjects and projects he put had also a big effect on the streets, as they touch the people directly, and focusing on vital projects which the government is trying to accomplish in the upcoming years. He also managed to avoid talking about some subjects which were the center of attention in his last campaign, like changing the constitutions and moving to a presidential system.

As for HDP, they managed to enter the Turkish parliament, passing the 10% needed by 0.5%, it’s considered a great win for them, even though they lost around 3% of the votes which indicated the big drop of the supporters in a very short period of time.

The percentage CHP gained in the recent elections were 25.25%, and even though this party is the first establish in Turkey by Mustafa Kamal Ataturk, CHP couldn’t form a government of their own since 1946, and also couldn’t get a parliament seat in 38 states.

The least win is for MHP, as they lost about half of their seats in the parliament, to be the least voted for among these big four parties, they could have played a very important and central role after June elections.

AKP was able to provide high efficient staff, at all levels, in all the official and non-official institutions, they provided projects and solutions for problems which were unsolvable over the years, in all sectors of economy, health, services, and public freedom, for a shift for a better civil society. Plus the decrease of the June elections made them reconsider their deputies in the parliament and change some of the old ones, to renew the confidence of their supporters.

The final results are as the following:

One of the biggest reasons also which lead to this stability, is that after June elections, the economy has suffered, especially after the chances of forming a coalition government to rise the country again. The stocks have lost its momentum, the foreign investments percentage have dropped, and the USD exchange rate against the Lira has reached 3 TL in a very fast pace. That all drove the Turkish people to vote for stability.

Many Turkish economic specialist and analysts are saying that this win will have a good positive impact on the Turkish economy, as the foreign investments are expected to continue in the market, also the TL has already seen a good rise against the USD just in the past few days improving by 5%.