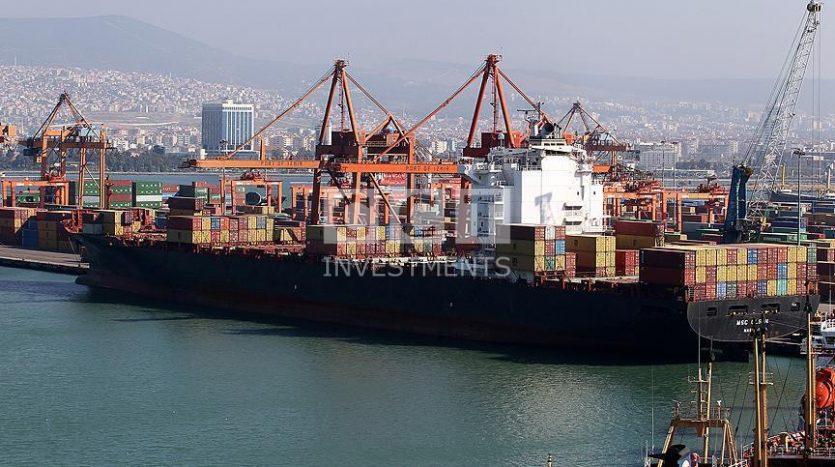 Turkish Foreign Trade Grows and The Deficit Shrinks by 47%

As Turkey always showed us the state of prosperity and progress continues and increasing, as several data from the Turkish Statistical Organization together with the Ministry of Trade and Labor showed that Turkish foreign trade is increasing dramatically and that the deficit in foreign trade has decreased by 47% during the past months.

According to this data, Turkey achieved an 8% increase in exports in June and July compared to the same period last year, bringing the number of exports to more than $15 billion.

In addition, the proportion of imports to Turkey and in the same period mentioned earlier decreased by 9%, equivalent to more than 18 billion dollars, thus reducing the deficit in foreign trade 47%, or about 3.5 billion dollars.

During the period between January and July of this year, Turkey’s exports in all products, whether food, clothing and other resources of Turkey, increased by 2.5% compared to last year in the same period, where the proportion of Turkish exports was 70%, this year has become more than 80% or about $99 billion.

In contrast, imports fell this year until July by 18%, or about $ 117 billion, and the deficit of foreign trade in the same period decreased by 65% or about $18 billion.

For example, since the beginning of this year, the marine products sector alone has generated more than $ 1 billion in revenue. Among the Turkish Exporters’ Council, Mr. Ahmed Tuncay Sagun, said that salmon, trout, seabream and levrek were among the top offshore exports.

Mr. Ahmed said in a special statement that the fishing season will start again very soon after a brief stoppage because the prevention of intermittent and short periods of fishing is very useful in order to ensure the reproduction of fish and protect them from overfishing.

He pointed out that the proportion of exports during the year 2019 increased by 12.5%, or about $ 960 million compared to last year.

Exports have increased by 5% over the past year and these exports will exceed the $ 1 billion mark by the end of the year, stressing that Turkey is a major source of marine products, as the head of the Union of Exporters of Marine and Animal Products in Istanbul pointed out that Turkey ranks 45th in the world on the list of exporters of marine products.