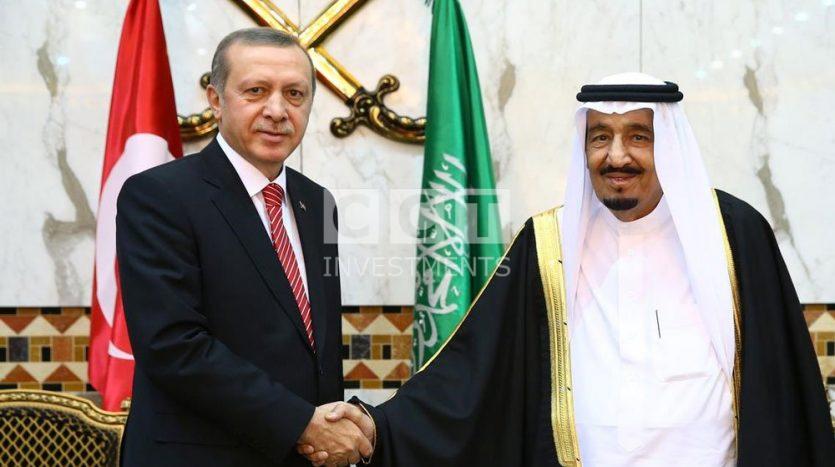 In the presence of both the Turkish President Recep Tayyip Erdogan and Saudi King Salman bin Abdul Aziz, an agreement has been signed for the establishment of the Turkish Saudi Coordination Council and it was on the 17th of April.

The functions of the Council is the coordination between Turkey and Saudi Arabia in a lot of fields including political, diplomatic, trade, economy, finance, banking, maritime, media, press, television, industries, military, security and consular affairs.

After the signing ceremony, Yusuf katipoğlu the Chairman of Merosa company said in a statement to reporters that the Fund’s budget, which was founded for Turks and Arabs investors, 500 million $ and it is the first of its kind for both parties.

Yusuf katipoğlu added that the establishment of this fund helps to increase the number of Arab investors in Turkish real estate, pointing out that since 2012 the real estate sector has witnessed a large turnout in Turkey by Arab investments, but the reason why the establishment of the fund is essential is some of the problems faced by individual investments from time to time.

From the Saudi side, CEO of Nomw Capital and managing director Abdul Rahman draws, welcomed the work in the Turkish market, adding that Turkey is a very attractive market for the Saudis, and they wanted to be the first in it.

Abdurrahman Ilhan, the Advisor to the Presidency of the Turkish Minister, said that the Turkish government gives great importance to the demand of foreign investment in Turkey, through many of the reforms that have had a strong impact and carried out by his country in the last period, and they are still planning to carry out further reforms in the coming period.

Ilhan explained that it will be followed by the establishment of this fund concrete steps and it is considered a first step, and stressed the importance of joint cooperation between Turkey and Saudi Arabia.

It is expected that the Saudi Turkey Fund to help to carry out investments worth 500 million $ in Turkey, during the first phase.