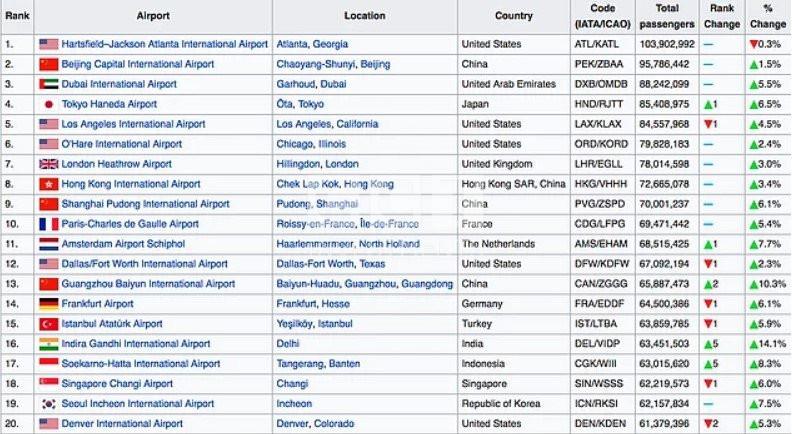 Opening on October 29th Republic Day, Istanbul Airport was opened with the participation of many countries’ transport ministers and heads of state.

With 6 Independent Runways, the Airport will have a Capacity of 500 Aircraft

According to the news of DHA, Istanbul Grand Airport’s (IGA) first phase built with the joint venture of Cengiz, Kolin, Limak, Mapa and Kalyon Construction, is under construction for the last 5 years and has been invested 6 billion Euros. The total tender price is 26.14 billion Euros.

All phases of the airport are expected to be completed by 2023.

The flights of Turkish Airlines which kick off with Ankara, Turkish Republic of Northern Cyprus and Azerbaijan will be increased gradually.

The airport will be the largest in the world, where 2 thousand planes can take off per day.

Istanbul New Airport, where 2 thousand planes per day can take off and land, will be the largest airport in the world with its passenger capacity.

The capacity of Atlanta Airport in the United States, which is now the largest airport with 100 million passengers per year, is projected to increase to 125 million by 2025.

310 Police and 100 Customs Officers will Serve

Istanbul New Airport’s security measures will be at the highest level. Firstly, there will be 310 police officers and 100 customs officers at the airport besides 3500 private security personnel.

Ataturk Airport will not Close

Ataturk Airport, which will hold significant ground operations, will continue to serve after the opening of Istanbul New Airport.

DHMI General Manager Funda Makbule Ocak said in a statement to the Anadolu Agency, “As in all major metropolitan cities, in Istanbul should be an airfield to the new airport. We have very serious infrastructure and superstructure investments at Ataturk Airport. After moving commercial flights to the new airport, we will provide serious opportunities to other points of aviation such as general aviation, private cargos, flight trainings, maintenance and repair hangars at Ataturk Airport. We care a lot. Ataturk Airport will be an important market.”