Property for Sale in Uskudar 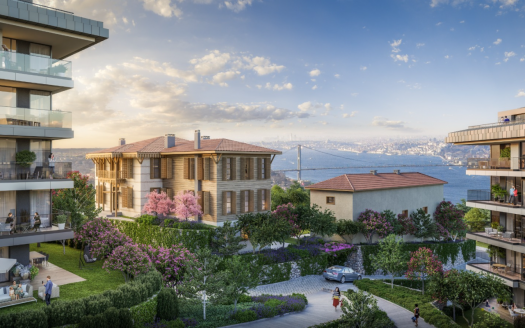 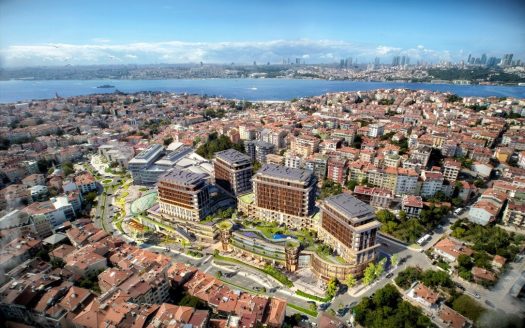 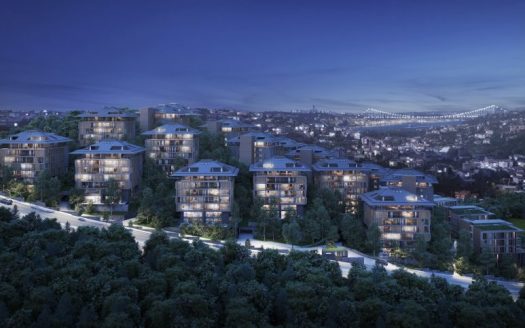 What Should You Know Before Buying a Property in Uskudar?

Located on the entrance of the Bosporus and opposite to the golden horn, Uskudar has always been a part of the great and rich history of Istanbul.

Uskudar is today one of the main city centers in the inner circle districts of Istanbul, it’s a rich tourist destination, a busy business and activity center, and an important transportation hub.

The most famous landmark of Uskudar is The Girl’s Tower (Kiz Kulesi) which is a hundreds of years old tower built in the water opposite to the coast of Uskudar and right in the beginning of the Bosporus strait. Countless stories have been told about this mysterious building for ages that made it one of the symbols of the city of Istanbul.

Close to the tower stands the port and the square of Uskudar where the big mosques of “Mihrimah and Yeni Valide Sultan” are the first to welcome the visitors, and next to them the traditional fish and spices market.

Camlica hill in Uskudar is the highest of Istanbul’s and is the best place to have an amazing scene of the city.

On Uskudar’s side of the Bosporus, we can see Beylerbeyi and Cengelkoy neighborhoods which are historical tourist destinations and local ports where special mosques and castles are taking place. We can see also "Fethipasa Korusu" which is one of many beautiful parks spread in Uskudar.

Uskudar is an important connection point in the transportation map of Istanbul. The boats were the only way to travel between the two sides of Istanbul for centuries and Uskudar was the main port. The main bus station for traveling to the other Turkish cities is still in Uskudar.

Uskudar is also the first station on the Asian side among the stations of the Marmaray railway which is today the most preferred way for crossing between the two sides. Uskudar is the terminal station for the M5 metro line which goes to Cekmekoy and which is planned to be extended till Sultanbeyli. The Metrobus which uses the bridge of ‘The Martyrs of July 15th’ to transfer people between the two sides of Istanbul has few stops in Uskudar; The bridge also connects the E5 highway with the E80 and D100 highways on the Asian side which can be used for reaching Sabiha Gokcen Airport or continuing till the Turkish Capital Ankara.

Marmara University is among the oldest universities in Istanbul which is still functioning till our days and its main campus is located in Uskudar. Six other universities are having their main or branch campuses in Uskudar as well.

What Kind of Properties Can You Buy in Uskudar?

Uskudar has a majority of historical and old neighborhoods, where a few decades old low-rise buildings are the most common buildings.

Only a few number of modern residential complexes are taking place in Uskudar due to the limitation of suitable lands and the hilly terrains.

In the center of the historical Uskudar only one or two new developments are being constructed, these projects contain both residential and commercial parts.

Apartment options of one-bedroom and up to five-bedrooms are available in these projects that are a few minutes walking distance from the main square of Uskudar.

A project of a modern shopping center that will be the only one in the coastal neighborhoods is in its final construction stages.

Although it is not very common in Uskudar the high rise type of buildings is available in some parts of the district.

Many developments on the Bosporus side has a luxury apartment type where some projects have full or partial Bosporus view.

You can find lots of options of commercial properties in Uskudar. Basically, shops are the most common in the active and tourist district. Offices and stores can be found in some of the new developments.

What is the Price per Square Meter in Uskudar?

Uskudar is one of the main ancient city centers of Istanbul like Fatih, Beyoglu, and Şişli, which all are forming together the history of the city.

The new buildings or developments in Uskudar are having a great combination of having a modern residence in a historical environment and in a central location with a good view, which is a combination that is difficult to be beaten.

In Uskudar you are able to reach all parts of the city easily through the metro, Metrobus, Marmary, boats, or buses.

The traditional markets and landmarks of Uskudar are among the main tourist destinations in the city,

The features of Uskudar location and the advantages of living in it make it one of the highly demanded parts of the city of Istanbul, which means a higher price for the square meter.

How Can You Buy the Most Profitable Real Estate Investments in Uskudar?

Uskudar has many features and advantages that would make anyone like to stay in or have a property or an investment in it.

For determining some of these points you would probably need advice from a local real estate expert that would help you in exploring and evaluating the available opportunities.

Having CCT Investments as your consultant and investment partner would help you reach your targeted property in the shortest time and save you time and money that might be wasted in checking the improper options rather than buying in the wrong place.

Start looking for the property that you want by filling the inquiry form and we will guide you to the shortest way for reaching it.