Properties for Sale in Gaziosmanpasa 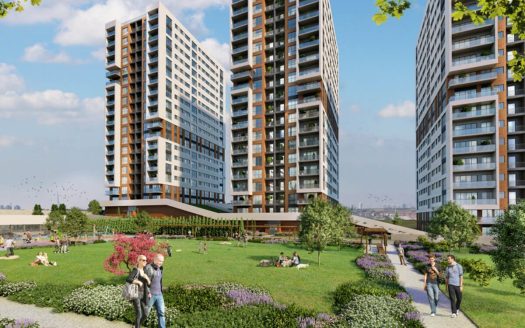 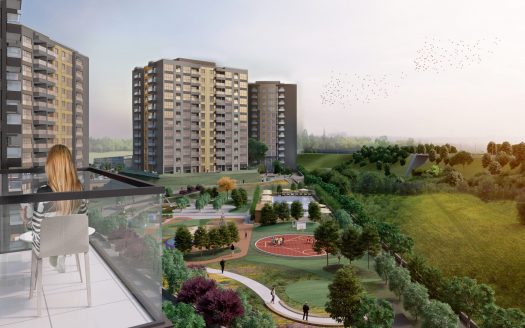 What Should You Know Before Buying a Property in Gaziosmanpasa?

The E80 highway which is also known as "TEM" (Trans Europe Motorway) is a basic highway in Istanbul that goes parallel to the E5 highway and connects the European side of Istanbul with the Asian side through the Fatih Sultan Mehmet Bridge. The E80 highway is also the official highway that connects the Turkish roads network with the European roads network and the capital Ankara in the east with the Turkish-Bulgarian borders in the west.

Although it is similar to Eyup or Fatih districts in terms of area, Gaziosmanpasa has more people density with total inhabitants close to five hundred thousand people. The low-rise buildings of four floors or less and the spontaneous lanes makes the general theme of the district that is mainly residential and has a few commercial and industrial areas.

The T4 Topkapi-Mescidiselam Tram is one of the main transportations in Istanbul and it connects Sultangazi district with Fatih district passing by Gaziosmanpasa and Eyup districts. The line passes through the western part of the Gaziosmanpasa district and is the favorite for its people to use as it allows them to reach the Fatih district which is a transportation hub of Istanbul and the Metrobus line which help them in reaching most of the other districts of the city. The M7 Metro line between Mecidiyekoy and Mahmutbey which is expected to run later in the year 2020, will pass through the Gaziosmanpasa district and will have stations on its edges which will add another transportation alternative for the district.

The district host some of the important hospitals in Istanbul city like “Gaziosmanpasa research and education hospital”, “Gaziosmanpasa Physiotherapy Hospital”, “Yeni Yuzyil University Hospital”, in addition to some activity and entertainment destinations like Venezia Outlet shopping center which is one of the famous shopping destinations especially for catching up some special fashion offers and it has fame among tourists as well as among local visitors.

What Kind of Properties Can You Buy in Gaziosmanpasa?

Nowadays, the residential complexes concept is trendy in the new real estate developments and it’s taking over the scene in the city of Istanbul little by little. The complexes are replacing the old single buildings that had no additional value and providing new modern apartments that have their covered car parking and has services and facilities in a secured environment. By providing services and facilities like security, car parking, fitness centers, swimming pools, children playgrounds, gardens and more, the residential complexes are offering a comfortable and modern lifestyle that is needed by the city inhabitants to reduce the stress of city life and add more value to the residency experience.

The main demand in the Gaziosmanpasa district is for residential units, at the same time there are many options of home-office apartments, offices, and shops that spread all around the district. As a general trend in the big city of Istanbul, the smaller apartments of one bedroom or two bedrooms are the most common and the most demanded due to the general theme of small families settling in the city.

Buying a home-office apartment in the district can be a smart choice for an investment since it can be rented as a normal residential unit or a commercial unit. Shops are always a good investment option due to their longer period renting and higher returns and the case is the same in the Gaziosmanpasa district.

What is the Price per Square Meter in Gaziosmanpasa?

The price range to be expected in Gaziosmanpasa is around 1100 USD to 4000 USD per square meter.

The location of the Gaziosmanpasa district gives it a big advantage as it is centralized among the districts of the European side of Istanbul. From the Gaziosmanpasa district, people can reach their workplaces in business areas like Sisli, Mecediyekoy, Levent, Zeytinburu, or Atakoy within half an hour which is a fair time for a big city like Istanbul. In the same way, using the E80 highway can help in reaching the new Istanbul airport is less than 45 driving minutes from Gaziosmanpasa, as well as reaching all parts of the city easily. The Tram, Metro, buses, and other public transportations help in reaching the district in a fast, easy, and fluent way for people who don't drive or prefer shared transportation.

How Can You Buy the Most Profitable Real Estate Investments in Gaziosmanpasa?

Buying in the Gaziosmanpasa district is an opportunity for having a property in a centric location of Istanbul at a reasonable price. Whether you are willing to live in the district or investing, property options in Gaziosmanpasa can be what you are looking for.

To make sure of getting the best and the most suitable property you would better consult a local real estate expert like CCT Investments which has a long experience in the Turkish real estate market. The team of CCT Investments would use their experience to save your time, money, and efforts in searching for the right property, putting your satisfaction at the top priority as they used to do with their clients. By filling the inquiry form you can start your special and tailor-made search experience that CCT Investments would offer you till finding the property that you always dreamed of. Take an action now.