Properties for Sale in Kadikoy 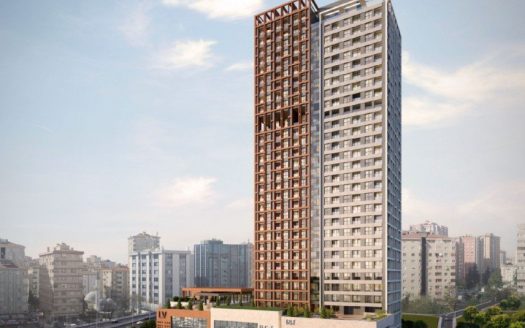 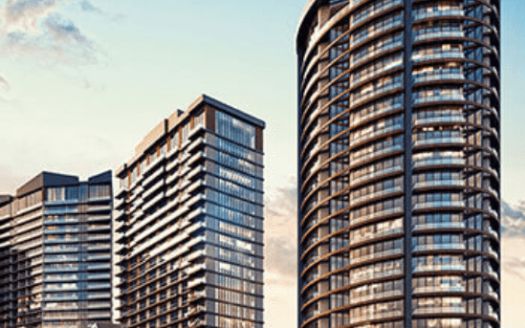 What Should You Know Before Buying a Property in Kadikoy?

Kadikoy is a famous district of Istanbul that is located on the Asian (Anatolian) side of the city, opposite to the Marmara Sea and east to the entrance of the Bosporus Strait. Neighboring Uskudar, Atasehir, and Maltepe, Kadikoy has always been an important part of the history of the city. The historical Haydarpasa train station was the starting point of some of the longest train trips between Istanbul, Baghdad, Damascus, or the Medine in the Arab peninsula. Bagdat Street was the main road to use for travelers and caravans traveling towards the east reaching all cities of the Anatolian region, the Middle East, and even Asia. And today the street is one of the most reputable residential areas and one of the luxury fashion shopping destinations. Moda neighborhood is considered as the center of the historical Kadikoy, it’s famous for its cafes, restaurants, and the traditional tram that tours through.Kadikoy is an important port for the boats sailing to other parts of the city or other cities. The coast of Kadikoy has many parks and activity spaces like swimming beaches, sports courts, walking and bicycle track. Fenerbahçe stadium is one of the main landmarks of the district and is classified among the biggest stadiums in Turkey with a capacity of 47k spectators.

Avrasya tunnel is an under-sea car tunnel that connects the coastal highway on the European side with the D100 highway on the Asian side which starts from Kadikoy and continues till Gebze before joining the E80 highway. Kadikoy is also a main connection and transportation center of Istanbul with two metro lines, the Metrobus, and a main city bus station. The M4 metro line connects Kadikoy with Pendik district passing through Maltepe and Kartal districts and going side by side with the D100 highway. The Marmaray train line which connects the two sides of Istanbul with an under-sea railway reaches Kadikoy coming from Uskudar, and continues on ground in the coastal neighborhoods of Kadikoy, Maltepe, Kartal, and Pendik districts reaching Gebze in the east. Many universities have campuses in Kadikoy including big universities like Istanbul University, Marmara University, Istanbul Aydin University, and Istanbul Medeniyet University. Kadikoy is also one of the shopping destinations of Istanbul with its street markets, traditional markets, and some modern malls.

What Kind of Properties Can You Buy in Kadikoy?

Apart from the historical Moda neighborhood that has a majority of low-rise, tens of years old buildings, the general theme of the buildings in Kadikoy is the mid-rise height with floors count about 5-15 floors. Bagdat Street and the surrounding neighborhoods are the most valued residential areas in Kadikoy. It is highly demanded by families for being a nice residential place that is modern, easy to reach, and luxurious at the same time. Investors who are looking for a residential property would find what they want in the surrounding areas of Bagdat Street.

In Fikirtepe neighborhood a new face of the city is being drawn, as the neighborhood is being transformed from a randomly built into a well-organized modern neighborhood with lots of towers and high-rise buildings. The neighborhood has a wonderful location next to the D100 highway and the connection point with the E5 highway. The same point also is an exchange point between the M4 metro line and the Metrobus, and it is one stop away from Söğütlüçeşme which is the terminal station for the Metrobus. Söğütlüçeşme is also a main station on the Marmaray railway which can be used to ride the Marmaray traveling to Gebze or the European side or to ride the YHT train (high-speed train) traveling to other cities of Turkey. The new developments are providing both residential and commercial types of properties where people looking for a place to live in can find some suitable options from the multi-sized apartment options. Investors who are looking for a good investment can find what they are looking for in the home-office apartments in Fikirtepe where it will be easier for them to let their properties for rent and get a higher income, or invest in offices in the commercial business centers.

What is the Price per Square Meter in Kadikoy?

Kadikoy is one of the main central districts of Istanbul which combines authenticity and modernity. Being close to the sea makes a bigger chance for most of the apartments to have a sea view especially the ones on high floors and those apartments or houses in the first row to the coast. Kadikoy is an important transportation hub of the city and especially for the Asian side, most of the Asian side districts are covered with bus lines between them and Kadikoy, as it’s the start  point for most of the city bus lines. Thanks to the Marmaray railway, passengers can travel from Kadikoy to Gebze east to Istanbul and the other Turkish cities from one side or travel to the European side of Istanbul passing by the coastal districts till Halkalı in Küçükçekmece. Istanbul’s districts are more close to each other nowadays and the traveling between the two sides of Istanbul has become easier as never been thanks to Avrasya Tunnel, the three bridges over the Bosporus, the Metrobus, the Marmary train, and for sure the boats. Just like Fatih, Beyoğlu, and Şişli, which all are active central districts with both residential and commercial types of properties and lots of businesses and tourist destinations, Kadikoy is a suitable place for living, working, or investing in apartments, offices, or shops.

How Can You Buy the Most Profitable Real Estate Investments in Kadikoy?

Kadikoy district has lots of residential and commercial properties with many opportunities for good investments. Choosing the right type, location, and view of the property might have critical effects on your investment targets. Determining the best combination might not be an easy task especially in a limited time, which is the case with most of the foreign investors. Having a local real estate expert by your side would help you in exploring and evaluating the available and suitable opportunities in a short time.

CCT Investment is your experienced partner that would help you in your search for the best investment and avoid the loss of time and money that might be wasted in improper options. CCT Investments puts good relations with its partners at top priority believing in client satisfaction as the best measuring of success. Start your search by filling the inquiry form and we will gather you till reaching it.