Properties for Sale in Izmir 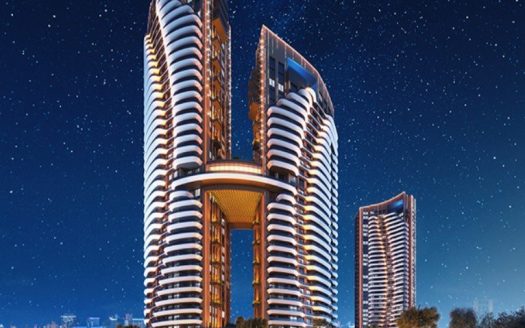 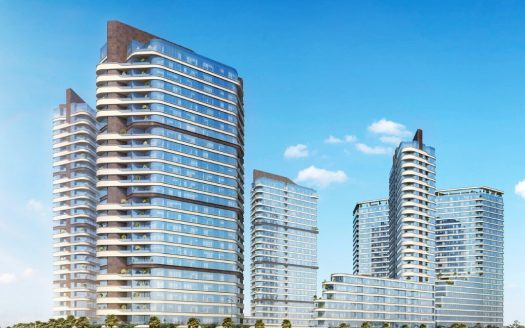 What You Should Know Before Buying a Property in Izmir?

Izmir is a metropolitan city on the west side of Turkey. It is the third most populous city after Istanbul and Ankara. Izmir has a Mediterranean climate, which is characterized by long, hot, and dry summers, and mild to cool, rainy winters. Average temperatures during the winter months are usually between 10 and 16 °C. During summer, the air temperature can climb as high as 40 °C from June to September; but usually, the temperatures are between 30 and 36 °C. The real estate sector is quite developed in Izmir and the city has the third-highest demand for real estate investment after Istanbul and Ankara. The high demand for real estate comes from the fact that is a major port city with 4 main ports and 12 private docks that utilize its logistic advantages for access to foreign and domestic markets. Izmir has the third-largest exporter after Istanbul and Bursa and through the Port of Alsancak exports an amount of 85-90 % of the region's exports. Izmir’s busy schedule of trade fairs, exhibitions, and congresses is well known.

Why You Should Invest in Izmir?

Izmir’s sustainable development is a big factor as the city was named the 2nd fastest-growing metropolitan economy in the world and 9.3% of the industrial production in Turkey is being produced there. Many international companies are choosing Izmir for foreign direct investments as the city has a great geopolitical location. These are the criteria that can be given as the most important reasons for investment in Izmir: large innovation and research ecosystem, high quality of life, young and dynamic workforce, strategic location and its strong economy.

What Kind of Residential Properties Can You Buy in Izmir?

Izmir is most attractive with the sea view property alternatives. The city has the most demanded summer areas such as Alacati and Cesme. In these areas, you will have the chance to have a great residential apartment in a beautiful complex whereas you can also have a private house in a villa compound with lots of features. Since the new highway linking Istanbul and Izmir started operating, it is even easier to access Izmir from lots of cities in Turkey. This makes it also logical to buy lands with a good return on investment opportunities in Izmir and in the cities around it.

Apartments and Flats for Sale in Izmir

If you are looking for apartments or flats in Izmir, you will have endless options. Karatas and Alsancak are the two districts near to the center of the city where the largest number of properties had been sold. These two regions are considered to be the most demanded areas of the city with several real estate projects there. One of Izmir's largest settlements, Karşıyaka is also one of the most beautiful regions of the city with its advantages like lively life, ease of transportation and its unique cultural atmosphere. Alsancak is known for its places such as Kibris Sehitleri Caddesi, Barlar Sokagı, Kordon. Alsancak has one of the most crowded and colorful streets in İzmir. Usually, apartment buildings are 5 to 7 stories with sea view.

Villas and Houses for Sale in Izmir

Luxury villas and houses for sale in Izmir can be found in several parts of the city, location can be considered as the main factor determining the price, the closer we get to Izmir’s shores the higher the price can be. More affordable luxury villas and houses for sale in Izmir can be found a bit far from the city center with larger spaces and bigger gardens. If you are interested to buy luxury homes and prestigious properties in Izmir you should know that the areas of Guzelbahce, Narlidere, Balcova, Karsiyaka, and Mavisehir have maybe your ideal home. One of the most popular places to buy a villa in Izmir is on the stunning peninsula of Ceşme and Alacati, districts also of Izmir. Cesme, Alacati and holiday words no longer mean the same thing in Turkey. These districts are one of the most beautiful pearls of Izmir and so integrated with the word holiday.

Offices and Shops for Sale in Izmir

The tactic of most investors is to accelerate high returns over a short period of time without losing money. The cautiousness of their investment plans is reflected in their decisions, as the main goal is to double the money in a few months or years. Offices for sale can be found easily to be rented mainly in the city center and especially in the districts of Alsancak and Karsiyaka. Shops are also a good choice as they can be rented to supermarkets or banks or retailers. So if you want a regular income in the long term, commercial properties can be your choice as well.

Lands and Farms for Sale in Izmir

Buying a plot of land could also be an ideal way for you to invest. More and more investors have been buying land in recent years. Traditional but also modern at the same time farmhouses are the dream of many investors who want to come closer to nature. The best places to buy a plot of land and build your farmhouse are Guzelbahce, Urla, Kemalpasa, Odemis.

How Can You Buy the Most Profitable Real Estate Investments in Izmir?

While buying a house, you should pay attention to the region and location. Especially subway, tram, buses, roads, and real estate are valuable parameters. In addition, taking the house you will buy for investment purposes under construction allows you to make a more profitable investment. It is inevitable for a real estate investment made with proper planning and professional support to be profitable. So we advise you to get professional assistance.

Why You Should Choose CCT Investments?

As CCT Investments, we are going to refer you to professional experts who are our partners in Izmir. Having studied and analyzed the market demand, our specialized partners have developed a plan for the preparation of the advertising of the properties that are promoted with exclusivity contracts, with the aim of ensuring the sale of the contracted property.