Properties for Sale in Eyup 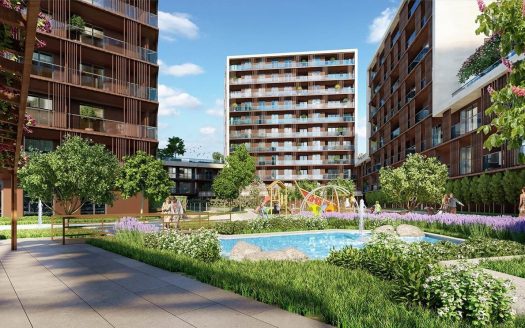 What Should You Know Before Buying a Property in Eyup?

The Eyup Sultan Mosque, which is recognized by most of Istanbul's visitors as one of the famous destinations in Istanbul, is the source of the naming of "Eyup" for the surrounding district. People started to inhabit Eyup district since the conquering of Istanbul, which makes it one of the oldest neighborhoods of the city. Now, after more than six hundred years, four hundred thousand people are settling in the Eyup district.

The Eyup district which is one of the central districts of Istanbul is located at the end of the gulf between Fatih, Beyoglu, Sisli, Kagithane, Bayrampasa, Zeytinburunu, Gazi Osmanpasa, and Arnavutkoy districts. The district has access to three important highways of Istanbul’s which are the E5, E80, and O-3.The E5 Highway is considered as the most important highway of Istanbul's. It crosses through the main centers of the city connecting the Asian and the European sides of Istanbul and hosts the "Metrobus" which is important public transportation for the city. The E80 highway is another main highway in Istanbul that goes parallel to the E5, also connects the two sides of Istanbul, and is the official highway that connects the Turkish capital Ankara with the Turkish-Bulgarian borders. The O-3 highway is a connection road between the two highways E5 and E80. It starts from Topkapi heading northwest through Bayrampasa, Esenler, and Bacilar till joins the E80 on the edges of Basaksehir. Being surrounded by these highways makes Eyup district such an active and centric district in the big city of Istanbul.

In addition to the city bus network, the T4 tram Topkapi-Mescidiselam is the main railway connecting Eyup district with Fatih district, and through the Metrobus with the other parts of the city. A new tram line that is at the final construction phases will run between Eminonu and Alibeykoy neighborhoods covering the inner parts of the district, which will make an additional alternative to the transportation in the district of Eyup.

The Pierre Lotti neighborhood which is located on the hill next to the mosque of EyupSultan and where you can have a wonderful view of Istanbul is a famous tourist destination of Eyup district in addition to the traditional gift bazaars around the mosque. Eyup district is known for being a friendly and peaceful neighborhood, besides having many hospitals, universities, shopping centers, and the only theme park in the city.

What Kind of Properties Can You Buy in Eyup?

Eyup is big as a municipality, it starts from the E5 highway and extends till the Back Sea. The main part of it is the part bordered by the two highways (E5 and E80), this district is residential in general except for some industrial areas which don’t form more than twenty percent of its area. These industrial areas are being moved out of the city little by little leaving space for new residential and commercial developments to come.

The complex concept is the current trend in the real estate sector and it’s dominating the new developments in the city of Istanbul. Complexes are providing a comfortable and modern lifestyle that is accepted by the city inhabitants who are looking for solutions and services that makes their life easier and lowers the stress of city life. The neighborhoods close to the E5 and E80 highways are having the majority of the new developments like in Topkapi and Guzeltepe neighborhoods where new and modern complexes have been developed recently. Complexes are providing many services and facilities like security, car parking, fitness centers, swimming pools, and more.

As a part of the city center, one-bedroom and two-bedroom options of apartments are the most common in the Eyup district. Yet, apartments of bigger sizes are available as well. Bigger families can also choose to have duplex apartments which come with bigger space and better view. Some of the new complexes are providing home-office apartments that can be used or rented for commercial purposes, in addition to many other commercial property options of offices, shops, and stores.

What is the Price per Square Meter in Eyup?

The price range to be expected in Eyup is around 1500 USD to 5000 USD per square meter.

Eyup district is one of the very central districts of Istanbul and has the advantage of being extended between the two main highways of the city which gives it additional traffic flexibility and accessibility. Different transportations of metro, tram, boats, and buses collaborate in making the district easily reachable and connected with the other parts of the city. The features and advantages of the Eyup district make it a suitable and highly demanded choice for residency, work, and investment.

How Can You Buy the Most Profitable Real Estate Investments in Eyup?

Buying in the Eyup district is a good choice for individuals or families who are looking for a friendly and authentic place for living while being close to the city activity centers. Having an apartment in one of the new and modern complexes of Eyup would add to the value of location the value of services and facilities that are provided by the complexes. Also, having an office, shop, or a home-office apartment would be a right to the point investment that can achieve its goals in a short time.

Going through the property options in Eyup district would be easier in the company of a local real estate expert like CCT Investments. CCT Investments has a long experience in the real estate market of Istanbul and has a large list of satisfied clients who are considered as its real treasure. Your dream property might be closer than your expectations. Only a few clicks of filling the inquiry form are needed to tell us about your request and we will put the suitable options in your hands as soon as possible.