Properties for Sale in Atasehir 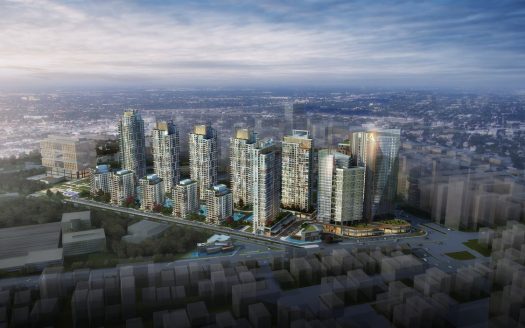 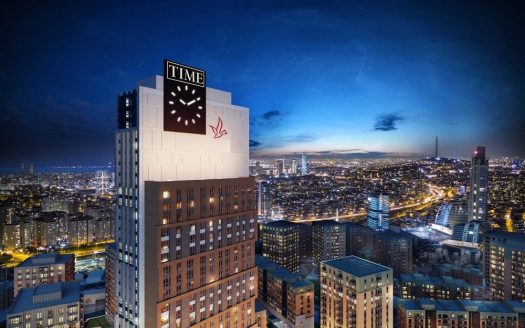 What Should You Know Before Buying a Property in Atasehir?

Atasehir Became one of Istanbul’s thirty-nine sub-municipalities in 2008. It is located in the heart of the Anatolian (Asian) side of Istanbul, neighboring some of Istanbul’s other Anatolian districts like Kadikoy, Umraniye, Maltepe, and Çekmekoy. At the same time, it is located between the main two highways on the Asian side, the D100 highway which is connected with the European side through the Avrasya tunnel, and the E80 which is connected with the E5 and E80 highways of the European side. The D100 and E80 highways go parallel in the Asian side of Istanbul until they meet after Gebze and continue till Ankara the Turkish Capital.

The D100 highway is a big part of the borders between Atasehir and Kadikoy districts and is the highway that the M4 Metro line goes with. The M4 metro line connects the southern part of Atasehir with Kadikoy and the other public transportations where transfer to the European side is possible. It also connects Atasehir with Pendik where transfer to Sabiha Gokcen Airport is possible. Two new Metro lines are going to pass through Atasehir connecting the M4 Metro line with the M7 Metro line in two points and though integrate the Metro network in the Asian side and give Atasehir additional transportation options. The two lines are under construction and expected to be ready before 2023.

“Yenisahra, Kozyatagi, and Bostanci” are the metro stations that can be used to reach Atasehir by Metro or transfer between Metro and bus networks which has bus-stops there as well. This made these stations the main activity points in the district, so we can find around these stations a lot of business buildings, companies, and offices, as well as shops and shopping centers, hotels, restaurants, and cafes.

Atasehir is, in general, a new and modern part of the city of Istanbul and is highly reputable as a high-class residential area and it’s usually targeted by higher income levels of people.

The attractive features of Atasehir made many international series of five-star hotels like “Marriot, Sheraton, Hilton and more”, made them choose to have a branch In Atasehir, in addition to tens of less stars and smaller hotels.

Atasehir has many modern malls and shopping centers that are spread all around the district and some of them are famous Istanbul wise like “Water Garden and Istanbul Metropol” Malls.

Comparison Between European Side and Asian Side of Istanbul

A common controversial question that is usually asked by foreign investors when looking for a property in Istanbul, Which side is better to buy in, European or Asian side?

Historical and tourist destinations might be spread more on the European side of Istanbul but that doesn't mean that the Asian side lacks those destinations as we find many historical houses, hammams, markets, and tens of mosques in Uskudar, Kadikoy, or Beykoz districts. The Asian side has other attractive destinations like the long coast with walking track, gardens, swimming beaches, national parks, in addition to many shopping and activity centers.

The Asian side has many activity regions and business center, but The fact of the European side has more business and tourist activity reflects on the atmosphere of both sides making the European side more active, crowded, and even higher in temperature, while the Asian side remains relatively less busy, less crowded, and more peaceful which makes Turkish people prefer it as a living place.

Property prices are the same in both parts of the city especially in the central districts and might be a little bit lower in outer districts on the Asian side.

What Kind of Properties Can You Buy in Atasehir?

Atasehir is a modern district and has a majority of residential complexes with mid to high rise buildings. The average floor count is about nine floors even for older buildings. You can choose to have an apartment in a normal building, tower, or a complex. Luxury properties are also found either as flats or penthouses in towers or complexes.

A wider range of commercial property options is available in Atasehir, tens of shopping or business centers are providing apartments, offices, or shops for sale or rent, in addition to many more options of street shops.

“Finans Sehir” or The Financial City project is considered to be the most important coming project on the Asian side. The city is located between Umraniye and Atasehir districts, and right next to the E80 highway. The under-construction city is meant to attract the top governmental and private banks and financial establishments, as well as international banks and financial companies. The city will provide an integrated life experience for its residents, from the modern and up to date workspaces to the peaceful and comfortable residences, in addition to all needed facilities like sport courts, children playgrounds, medical and shopping centers.

The city will be a great addition to the region and will be a new landmark on the Asian side of Istanbul.

What is the Price per Square Meter in Atasehir?

Atasehir district has many advantages that make it more demandable and its prices higher. The district is located between two important highways which makes driving from and to the district easier. It’s also connected to other parts of the city through the Metro network which makes it reachable for people using public transportation. The modern lifestyle of the residential complexes and shopping or activity centers is one of the most attractive points that attracts people to Atasehir.

How Can You Buy the Most Profitable Real Estate Investments in Atasehir?

As a foreign investor, consulting a local expert in the real estate market would save you a lot of effort, time, and money in searching and choosing the best investment opportunity.

When consulting our team at CCT Investments, they would use their experienced eye and knowledge to help you in choosing the most profitable and the most suitable property for you.

By filling the inquiry form you make the first step towards your dream investment and we will provide you with all the needed support to achieve it.