Many names of construction companies were shined in this sector, we mention the names of 10 of them below: 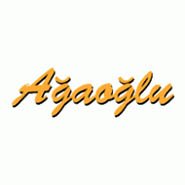 Through Akdeniz company which is engaged in the construction sector, Agha oglu companies group began to work in 1981 and kept on working until it became engaged in construction, immovable property, tourism and energy.

The basic work of this group is in the construction field where it had built more than 30 thousand apartments until the present day and was able to implement 16 project through an administrative cadre of people with high experiences and postgraduate making it one of the largest distinctive companies working in the field of construction. 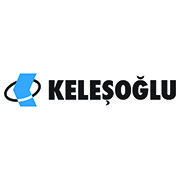 Kelesoglu Insaat is considered as one of the leading companies in the field of real estate in Turkey with experience more than 35 years, where it won prizes at an international level because of building many of luxury housing projects, office buildings and shopping malls.

The projects of this company are characterized by providing a profit to the investor and a high quality of life and architectural designs that maintain the beauty and cleanliness of the environment.

It is one of the most important and oldest construction and real estate companies in Turkey, where it has been founded since 1974 in Ankara, and it added during 42 years a high quality of living and it had developed numerous real estate projects and it had expanded its activities from Ankara to Istanbul in 1986

In 1990 it was the establishment of Özyurtlar companies group in a shop that sales construction materials in Esenyurt area in Istanbul city, where it stormed into business world to sell building materials and continued to develop during 25 years until it made the dream of 40,000 people in owning a home come true and it made the construction of 15,000 units on a total area reach to 1500000 square meters and all that thanks to its staff expert.

Özyurtlar companies group is seeking to contribute to the evolution of the Turkish economy and that through the creation of a high efficient organizational structure with workers and staff who are trying to reach customers’ satisfaction to higher levels and maintain the quality of their services by combining excellence with continuous regeneration.

Bema Company was founded by two civil engineers in 1987 in order to provide services to people by providing their experience which was gained during the previous years. In the present day, Bema company continue to provide its services in everything related to construction work as factories, industrial complexes, shopping centers and the establishment of the villas.

The commercial activity of this company began in Trabzon city in 1960 and in 1973 it continued to work in the construction materials in Istanbul city. 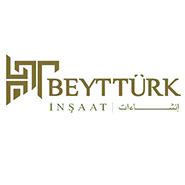 Beytturk company was established according to the commitments of the year 1980, where the company operates in the field of real estate and it is considered as one of the leading companies in construction sector because of the national and international experiences that it has.

The first step in the building and construction sector was developed in 1981 and it has provided 35 years of quality production and pre-sales and after sales services and all this according to the principle of customers’ satisfaction, which led the company to obtain the trust of thousands of families 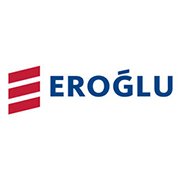 Eroglu company based on the commercial experience of more than 30 years, starting from textiles to real estate development, where the company is working on the establishment of residential complexes and shopping malls and commercial properties.

And until this day the company has developed projects in Sarıyer, Beylikdüzü, Ümraniye, Merter, Kağıthane, Florya, Büyükçekmece, Küçükçekmece, Seyrantepe, Tekirdağ, Antalya and Bursa. Where it is expected to reach total area of the projects to 2 million square meters in 2017.

Ak Proje Group has an experience up to 25 years in the field of building and construction in Turkey and in elite brands industry .It has approximately 2,000 staff ,14 tower crane and 200,000 industrial mold and many construction equipment which make it work on more than 80% of the construction works by itself.